Drilling primarily focused on the Thomas Ogden Zone (TOG) with two peripheral targets also tested. Drilling at TOG targeted potential flat lying quartz bearing structures and zones of albitization and silicification with associated mineralization within the lowermost portion of the currently defined TOG fold structure. High grade gold mineralization has a strong preferential association with the TOG fold axis which has a shallow plunge to the east.

Highlights of the drilling include:

Drill intercepts are core lengths and true width will be approximately 70 to 80% of drill intercept length. Further results will be released once received and compiled.

Remaining holes will be released once they are received and compiled.

All split core samples were sent to Activation Laboratories.  The precious metals were analyzed utilizing a standard fire assay with an atomic absorption finish.  As part of the Corporations QAQC protocol, approximately 10% of the samples submitted for assay were also sent for check assays.  Standards and blanks were inserted randomly into the sample shipments as part of the sampling protocol.  Samples with fire assay results above 1.0 g/t gold are re-analyzed using a gravimetric finish and samples with fire assay results above 5.0 g/t gold or samples showing visible gold are analyzed using the pulp metallic method.

Drill hole locations are provided in the map below (Fig. 4). 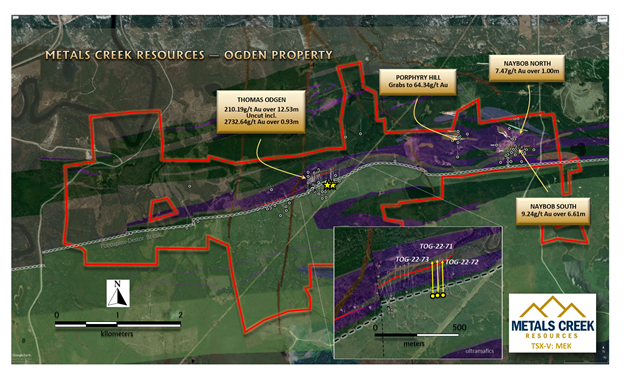 Michael MacIsaac, P. Geo and VP Exploration for the Company and a Qualified Person as defined in National Instrument 43-101, is responsible for this release, and supervised the preparation of the information forming the basis for this release.

Metals Creek Resources Corp. is a junior exploration company incorporated under the laws of the Province of Ontario, is a reporting issuer in Alberta, British Columbia and Ontario, and has its common shares listed for trading on the Exchange under the symbol “MEK”. Metals Creek has earned a 50% interest in the Ogden Gold Property from Newmont, including the past producing Naybob Gold mine, located 6 km south of Timmins, Ontario and has an 8 km strike length of the prolific Porcupine-Destor Fault (P-DF). In addition, Metals Creek has signed an agreement with Newmont, under which Metals Creek can earn a 100% interest in the past producing Dona Lake Gold Project in the Pickle Lake Mining District of Ontario.

Additional information concerning the Company is contained in documents filed by the Company with securities regulators, available under its profile at www.sedar.com. 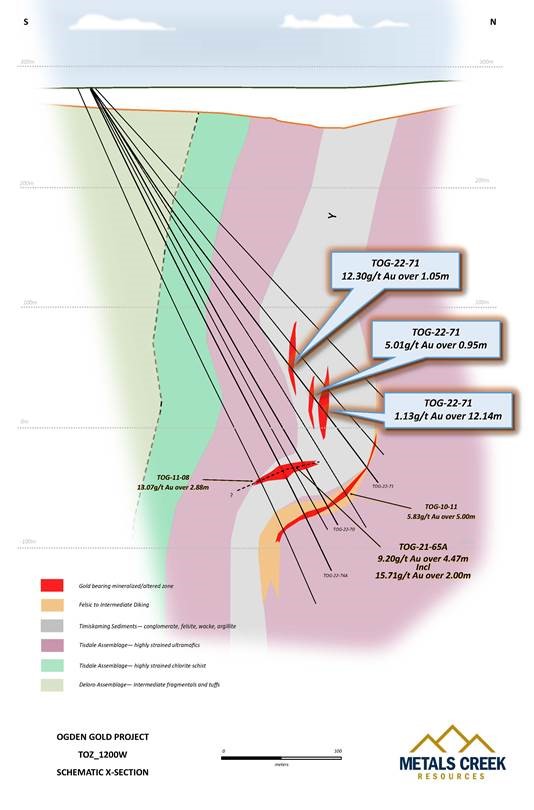 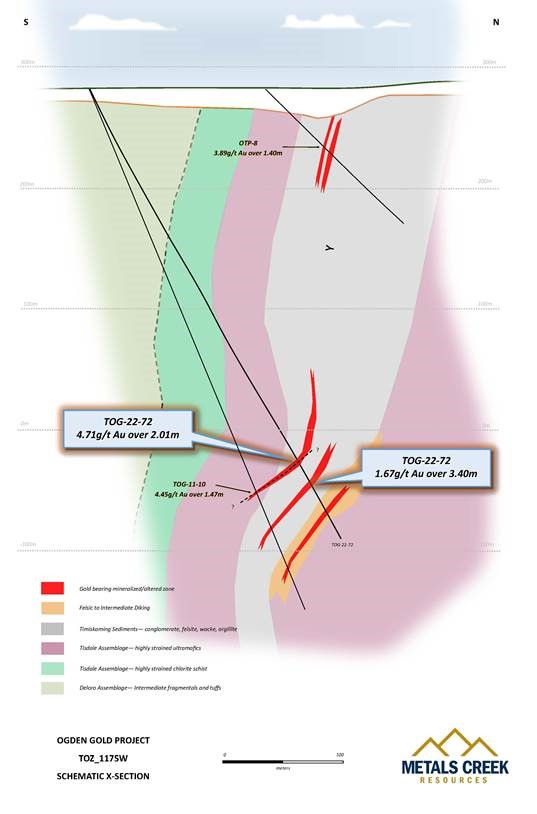 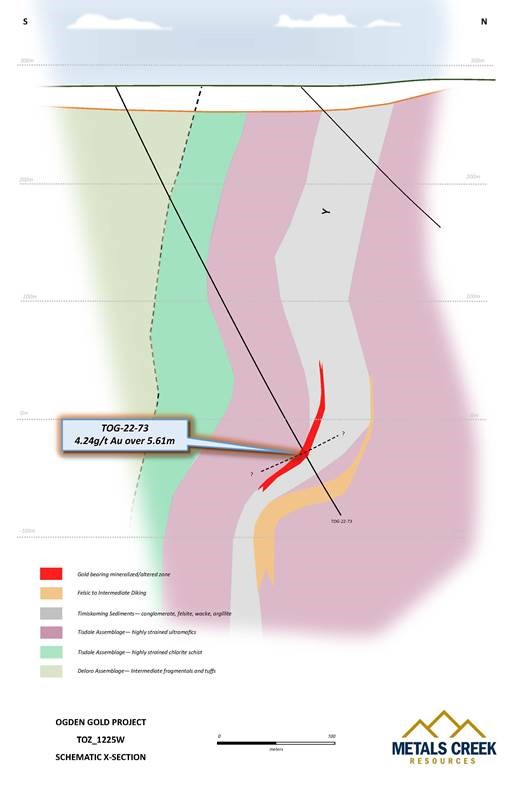